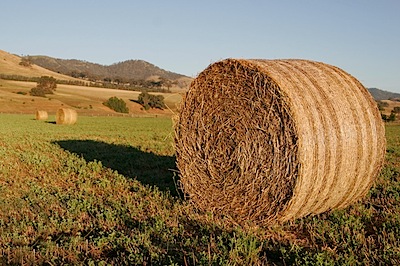 So why don’t I do something about it? Why don’t I just jerk off two or three times today like I would normally?

She said she doesn’t want me to.

I both love it and hate it.

I could though, just sneak off in the shower and take care of it. She’d never know. But somehow I can’t.

She says it makes me even more submissive, that I can be a bit of a smartass or something. Something about preferring me whimpering aching, quivering and hard. Hell I can’t even think straight at this point.

Why does part of me love it? I have no clue. Well, it has something to do about control and being wanted and taken but my body is screaming at me so loudly right now that I can’t think enough to analyze it.

When I’m finally face to face with her again we’ll exchange pleasentries and talk about how her day was and probably talk about the headlines or something but no matte what we’re talking about, no matter what is coming out of my mouth, one thing will be flashing through my mind and other parts.

Tilda wrote about a recent experience of hers that still has my jaw on the floor.

Go ahead and read it. I’ll wait.

She has a number of stories like that, all well written and extremely sexy. I highly suggest you read her stuff. All of it.

How does that happen? Do I need to sign up for a club? What god do I have to pray to in order to make that happen? How does a plan like that come together? Was it your ideas or his/theirs?

Reading it I couldn’t help but wonder what it would be like if I were in her shoes (or in her blindfold) and the dudes were replaced by women.

Even if I knew someone who could make something like that happen I don’t know how I’d bring it up in conversation. It would make for an awkward phone call.

I’ve decided to officially add this fantasy to my big mental rolodex of things that I jerk off to.

I was asked to make a list of the things I’m most curious about. Thing I’ve had on my must-try-before-I-die list.

Chastity- Maymay wrote about his extended chastity here. Obviously my daydreams aren’t nearly as close as what the reality would probably be. I imagine being locked up and taken out whenever she (whoever she is) wants me. More of an anti-masturbation device than a no-orgasm device. Who knows, maybe she’ll want me locked up for longer durations, or maybe not locked up at all.

CBT- I have limited experience in this area but the hints of it that I’ve experienced have been eye opening. Probably because there are a million wonderfully evil things a woman can do in this area. As with all kinds of pain, it’s limited to those who really get off on giving pain. I hate the idea of feeling pain anywhere but I love the idea of taking the pain for someone who gets off on giving it. Everything from sounds, bondage, clamps, clothespins, you name it and I’m curious about it. The mental image of sounds is enough to make me whimper.

Predicament Bondage- I was talking to someone the other night who mentioned how much she loved doing it to her boyfriend. I hadn’t thought much about it until I saw how much she loved it. Her face lit up with this genuine evil smile. It’s motivated me enough to read more about it and keep my eyes open for someone with an evil smile.

Electrical play- Nuff said. This is a big question mark for me. I’ve heard it can be either very painful or very pleasurable.

Owned- I know now that my previous goal (I wrote about it here) of having a weekend where I was totally owned and controlled by someone is totally unrealistic. Finding someone who wants to own me for a few hours might be more attainable.

I’m Above Average…Aaaand I’m Below Average.

There’s a new poll from Durex about sex around the world.

It turns out my fellow Americans really aren’t getting the job done.

When it comes to sexual partners, the average guy in the U.S. has had 13 partners. So I’m above average on that one…BUT.

The average American has sex once every 4.3 days, that’s 85 times a year (this reveals an interesting fact that most American women are not having sex with me). This is far far far wayyy wayyy waayyyy below my number. The global average is 103 times. 103!!!!!!

Here’s the breakdown via this link:

American men average 13 partners, which is:- Ten less than Canadians (23)- Three less than the British (16)- One less than Mexicans (14)- Equal to the global average (13)
American women average nine partners, which is:- One less than Canadians (10)- One less than the British (10)- Three more than Mexicans (6)- Two more than the global average (7)
Why do we have less sex than others in the world. Why do I have less sex than you do?
Wait, does jerking off count? If so, then I’m having sex more than 700 times a year (unless I’m lucky enough to be under strict orders not to.:)). Damn, I should buy stock in a lube company.