A Kinky Podcast About A Podcaster is Live

We also answer a listener voicemail!

Thanks to edenfantasys.com for sponsoring this episode. If you enter EFCAST upon checkout, you’ll save 20% on your order.

I’m writing this on the subway as I head to Pleasure Salon, a sex-positive social gathering filled with people from all over the NYC sex scene. There seems to be more poly people there than anything else but it’s still a decent time.

Ok that sounded mean in regards to poly people. I like poly people really, it just sometimes gets annoying hearing a guy mope about his fourth girlfriend. It’s like hearing a wealthy guy complain about how high his taxes are. Sorry, I just can’t feel pity for a guy who’s biggest problem is how complicated his life is because he’s got too many sex partners..

Anyway, I’m writing this because sitting next to me is a young woman dressed in fetishwear. I’m tempted to compliment her or strike up a conversation but I know that more and more often, the people wearing fetish are the people who aren’t really kinky at all.

There should be a special signal that kinky people can give to the world that let’s the world know they’re kinky without outing themselves.

We need a secret handshake or special look we can give people on the street so we can connect with one another.

I tried talking to the woman next to me via telepathy but she’s ignoring me.

Hey maybe she reads this blog.

If you’re reading this corset-lady, I’ll be at Pleasure Salon until 10-ish.

All week I looked and looked for something that goes with this:

Someone suggested PVC pants but I’ve never worn PVC before. … It’s one of those places where you know you’ll be around the kind of people you’d bring with you if you were going to colonize mars.

I’ve subscribed to the google calendar of Nycaltevents. There’s TONS of event listings on there and when you combine it with the events list I subscribe to from Conversio Virium, my calendar is filled with kink, poly and swinger events.

I was browsing through and noticed this: 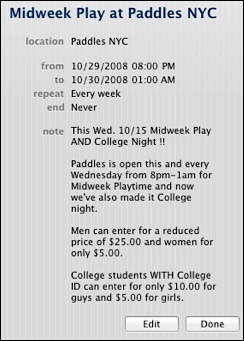 I knew that events at Paddles always ran more for men than women, but I’ve never really understood why.

Obviously this isn’t the only event that does this. I don’t blame them for doing it. I just don’t understand why. There are plenty of events where women get in free but men need to take out a mortgage, sell some plasma and put your autographed photo of Ted Knight up on ebay. 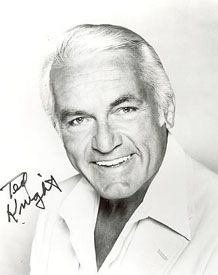 So why do men have to pay more?

The main argument seems to be that women aren’t willing to pay more but men will. It’s not worth it for women to shell out extra cash.

Why not? There’s kinky stuff going on, don’t women want to be part of it as much as men? Is the desire less? They’re desire to go to an event ends at paying more than five bucks but men have five times the desire so they’ll pay 25?

Perhaps it goes back to the age old question: If women are just as into this stuff as men, where are these women? Why are men paying a hundred bucks to get into a swingers event and women can walk in for free? Are the men like myself who want to go to events like these so horrible and disgusting that the only way a woman will go is if she has nothing better to do?

I posed this question via twitter and a few people responded.

“Also, men are more willing to pay for sexual stimulation. More female prostitutes than male. Is it fair? No. But reality.”

“Instead of viewing it as a higher charge, look at it as a discount for women (which is what it is.) Doesn’t help you, tho.”

“Specifically to annoy you. No other reason.”

Maymay gave me some of his wisdom via twitter. “The reason kink/fetish events are cheaper for women is blatantly obvious: sexism. Women are products, men are the consumers.”

Oh how I wish this wasn’t true. If only I were being the one consumed and used like a product.

So I now own a latex shirt.

I’m going to an event (possibly two) this weekend that will be populated by mainly latex fetishists. I’ve gone to the event before, it’s mostly just a lot of people in latex socializing. Good people for the most part. Every time I’ve been there’s been a good number of friendly people to talk to. Almost all in latex.

I’ll admit, I’ve been avoiding events like these for the past few months. I’ve been trying to just relax and take a break but I miss the socializing. There will probably be a few people I haven’t seen in a while there too and it will be nice to say hi.

I really don’t have a latex fetish, nor do I really have a leather fetish. It’s great to look at, don’t get me wrong, but I would imagine that being all suited up in latex might make play more difficult and limiting. Wouldn’t it? No clue.

The latex shirt is somewhat of a necessity since there are some events that require it. Latex on guys though, isn’t flattering. At least not on me. I feel way too thin in it. (note to self, try to start working out more than just 2 times a week). I never understood latex fetish before. Sure it looks great but it also looks uncomfortable.

I know plenty of women who love latex. One of my best friends has a damn good collection and I met another one of my best friends at a party while a submissive was running latex lube on her body getting her all nice and shiny. I never understood what the big deal was. Sure it looks good but I thought it would feel weird. Then I tried the shirt on. I tried it on and thought “wow, like a chest/tummy condom…only this feels good”. I think I get it now. I’m sure there’s a big difference between walking around and socializing in fetishwear as opposed to…..you know…other things.

Originally I was planning on wearing the latex shirt with my leather pants but I was quickly told that they don’t go together. Time to find plan B.

Come to think of it, there are a number of events this weekend that I might be going to. Thankfully I’ll be going with one of my best friends so it won’t be awkward.