For the first time in years Sade and I are headed to to an overnight kink event. TES Fest, a kinky shindig over the fourth of July weekend at a hotel in Jersey.

I know what you’re thinking…Jersey? Well thankfully all the action takes place in a hotel that’s filled with nothing but kinky people No need to hide the kink, no need to worry about what the neighbors might think as you leave the apartment covered in leather and a Richard Nixon mask (hey don’t judge me).

Sade is giving a presentation on how to rock it while wearing a strap-on, I’ll be doing interviews for the podcast in our hotel room and we plan on making a lot of new friends.

Above all l’m looking forward to being able to stay in D/s mode with Sade for a whole weekend without any interruptions.

We even recorded a mini-episode to get ourselves warmed up for it.

Years ago Sade and I…ok Sade tried to replicate my cock by using one of those cast molds that you mix up, get hard and plunge yourself into the molding, do the opposite of thinking about baseball for what felt like an eternity and when we were done we didn’t have a replica of my penis, we had what looked like a plastic model of the space shuttle that had been sitting a little too close to the campfire.

Well my friends the future is here. No longer will you or your partner need to rush to coordinate erections with a failed chemistry set. No more messy cleanup because you thrust yourself into the canister a little too fast. No more worrying you’ll lose your erection because there’s a joke photo of a clown on the fridge and you’re doing this in the kitchen because it’s easier to clean up the above mess.

This isn’t anything new for them, they’ve been doing it for quite a while but now they’ve got even newer scanning equipment.

If you want to learn more just head over to the website, you can find out how they used 3D penis scanning to help someone in need by checkout out the video below.

Note: The tech used to scan is even more modern now than in the video, it doesn’t require anyone else to run the scanner, it’s just you  (a friend can join you in the room if you could use some company/support/inspiration/helping hand) 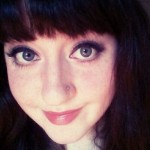 As I’ve mentioned before I’ve had submissive tendencies for as long as I can remember.  While the earliest of these revolved around Wonder Woman and Daisy Duke I was recently reminded of another big “Ah ha” moment when I was growing up.

The big trigger revolved around the main plot.  The leader off a band of subterrainian mutants, Callisto, kidnaps the X-man Angel  to take him as her mate.

I found two panels that really did it for me. )

The first is an image of Callisto having pierced Angel’s wings and bound him to a wall.  In the panel she declares..well a bunch of stuff but the key is:

“As for why Angel’s here — every princess must have her prince and as for me who more fitting ..than the most beautiful man in the world”

I read this long before I even knew what sex was but I must have looked at this a billion times and never wanted to be a superhero as much ad I did then.

But it gets better.

(Wait I should say right here that I know Angel eventually loses his wings due to this scene but it wasn’t that obvious at the time and..there’s no blood here or anything and besides I was a kid)

Pretty blatantly She looks at him, holding his face and says:

“Comfy my pretty-pretty? Looking forward to our wedding night? I certainly am.”

Again I’m a kid, I didn’t know exactly what happened on the wedding night but I knew SOMETHING happened and it involved nakedness.

Later Storm fights Callisto, kicks her ass and frees Angel.  So essentially two women are fighting over him and the kid version of me didn’t know it but this idea was going to define my kind of D/s.   A strong dominant woman desires me so much that she’s willing to take me for herself, slap me up on a wall and while it may hurt she doesn’t want me injured so much that I can’t fuck…I just cant’ fly.  Wait that came out all wrong but you get the idea.