Anyone who constantly tries to remind you that he’s your friend by saying “my friends” might be coving up for the fact that he really doesn’t give a shit about you.

Most of my friends would say it’s similar to a guy constantly talking about how big his cock is. Any guy with a big cock doesn’t need to tell you he has one.

Or so, I’m told. (Now regretting that “my cock is so big” speech I gave last week)

Watching this debate made me wish Obama was just a bit more of a jerk to McCain. I guess that’s why he’s in the lead for the biggest office in the land and I’m not.

McCain talking about “goodies” makes him sound like a pedophile or maybe just a really big douche.

I was awarded the best Twitter of the night with my: “McCain babysat for Teddy Roosevelt” line. I’ll take that to the grave.

I just erased a big rant about McCain, the surge and healthcare but I realized it wasn’t the best argument since it ended with me calling McCain a fucktard. If nothing else you should know that I’m much classier than those others who would call that fucktard McCain a fucktard. At least I’m not calling him a fucktard. See? I have self restraint. Not one mention of how much of a fucktard he is.

Oh, and one last thing.

Just a few non-sexy thoughts I’ve been having.

I’ve decided to expand my fashion a bit. From now on I’m not going to have just black or blue All-Stars. 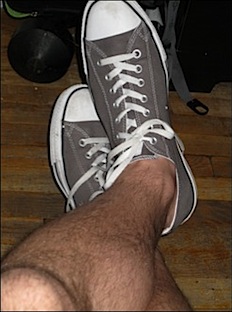 The new IPhone. I used half of my economic stimulus package to get it. The other half went to paying off debt (sexy huh?). Meanwhile, if you have an iphone, I’ve made and Iphone theme to my blog. It’ll load faster now if you have an Iphone and will compress it down for ya. See? 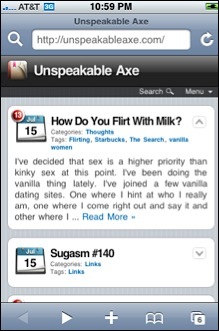 I love these two photos. Such a contrast. 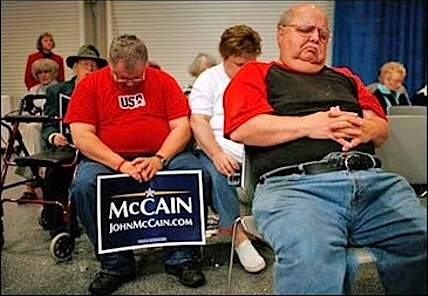 I’m getting more and more excited for my big trip to London and Paris next month. If you know of anything going on between August 8-11 (in London) and August 11-14 (Paris), then by all means email me.

Revealing More About Myself

This is my ToDo list (next to my RSS reader)

See? My life isn’t just about kink and tech.