Mollena Williams has been on the Masocast before.  Kevin Allison, has been on the podcat a couple of times and his podcast RISK is a must-listen.    He’s had Mollena on a few times as well and each time she knocks it out of the park.  This latest episode is even better,  where she talks about a relationship she had with a guy who’s new to kink and she finds herslef bottoming from the top.   It’s really a great episdoe, tune in here.

Another Sade Quote Of The Night

These are the kind of things she says that leave us laughing our asses off while I run through the apartment naked looking for something to write it down lest we forever forget it. 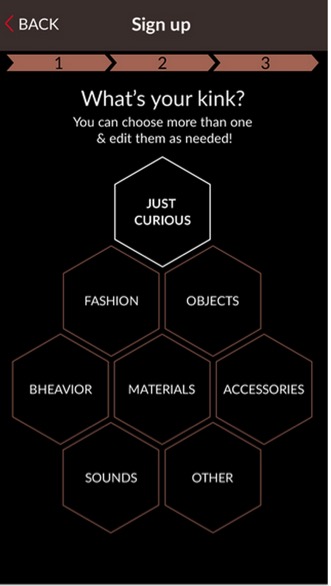 Note: I’ve had a number of concerned emails of “oh god, are you ok” nature after originally posting  this.  I feel it’s important to note that when it comes to dealing with constant pain of this type, you have good days and bad.  What you’ll read below was written on one of the very bad days.

You go to see the doc over a year and a half ago, getting injections that used to work when this was last a problem but now they don’t even put a dent in it.

You develop a limp and a hatred for opiates and other heavy pain killers that you have no choice to be on. The best painkiller costs $380/month so you take the $13/month option and you learn far too much about drugs than you ever wanted. Your friends make jokes about drugs and you laugh because you’d probably make the same joke if you were in their shoes.

You try everything your insurance covers and a bunch it doesn’t, physical therapy doesn’t help but you develop a hatred for people who greet you by saying “hey stud” and try to initiate a high-five.

The pain means you’re unable to play with your owner and now wife the way you used to. No more caning and whipping and even bondage isn’t possible the way it used to be. You’re torn between being in too much pain to even attempt to play or you’re too high on pain killers..to do anything, it removes everything but your desire to cry over the situation.

Finally, after trying everything you decide for the nuclear option….surgery. You talk to every doctor you’ve seen and some you haven’t and they all say it’s the best option. You’ve hit your max out of pocket for the year so the only way you can do it without going broke is to do it now before the end of the year.

Recover is slow, she helps you dress, changes the dressing on your wound and does everything you used to do around the house and it kills you but you know it’s for the greater good. The doc says the surgery went well. The pain seems to be gone for a few weeks then slowly a hint of it returns, then back a bit more and more…and then it’s like you never had the surgery. The nuke was a dud.

You miss playing with her so much that you’ll burst into tears after she tells you about a girl she spanked at a party. You’re less jealous and more angry and yourself and the world that she used to be able to spank you but now it’s impossible, She cries too and for the same reason. Her crying makes you cry harder because you made her cry.

She deserves so much better than you, you’re broken and constantly angry. Pain pills only mask a little it and you can feel the limp slowly returning with every step.

She really should leave you. She needs someone she can play with the way you used to and she’s too good of a person to be selfish enough to leave you, but she should. The noble thing to do would be to become such an asshole that she leave you, find the unbroken version of you and live happy ever after.

You bring up the idea of her leaving you so she can be happy but she dismisses it. You know her judgement is clouded by love, her incredible sense of honor and the fact that she’s a better person than you could ever be.

You hope beyond hope she doesn’t regret it years from now. You’re an atheist and yet you still manage to pray for the one thing you hope never happens..she must not regret staying. Not that you’re making it easy, you blame the pain for being an asshole but maybe you’re just an asshole and the pain is an excuse.

What a fucking joke this turned out to be. All you wanted was to meet a dominant woman, you met….hell.. that you married someone who was far beyond anything you could have imagined and now you can’t even play. There are whips on the wall collecting dust because of you and you’ve cried more tears because of that than the tears those whips could have ever produced.

And yet out of all of that she still somehow manages to give you hope, that you’ll find a way to play somehow. She may be just telling you that to make you feel better but it works.

Because you trust her.

Anyone else would have left you by now.