I have to say that I take great pains to test every one of the images I post. It’s a very strict process.

Second: I ask my penis.

The first comes from Armani Exchange. I don’t know what the exchange part means but if it’s fashion talk for “woman sits on guy” then I better save up for whatever it is they’re selling. I didn’t even notice the guys ass in the background until someone pointed it out to me. 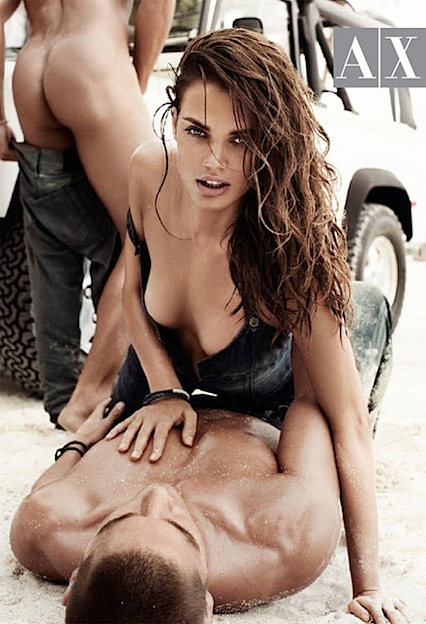 The second image features Gia Carangi in a Versace ad.

I’d once again like to put my name in the hat for any photographers who are looking for guys to pose for them. Will work for free! Plus, since I’m a T-shirt and jeans guy, you won’t need to worry about me asking if I can keep your overpriced clothing. 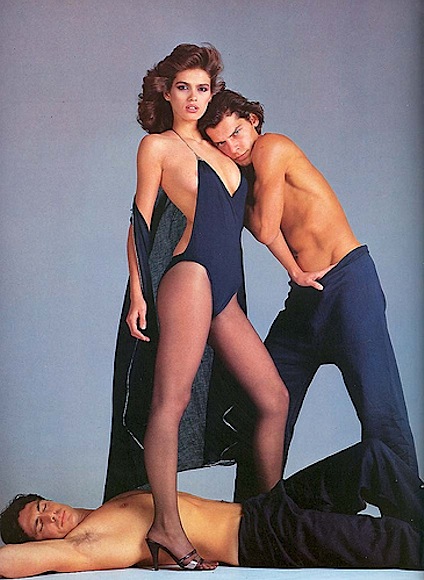 The second is femdom-y, as far as I can see. It would be better if the guy on the floor was tied up or otherwise looked a little less comfy, but I’ll take it.

Am I the only one that noticed the AX (as in Axe) in the corner of the first one?
Interesting.
Is there something other than that beautiful naked ass in the photo? Oh, look, I see, there’s another bare chested boy in the sand! I’ll be damned. Oh yeah, and a nice Jeep. Although the tires are too small for serious sand.
*grin*