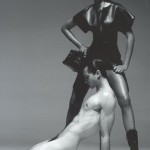 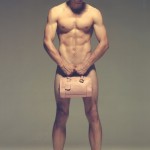 A good friend of mine sent me this one recently.  It turns out it was a part of a series of fake fashion ads that ran in W magazine by photographer Steven Meisel.

Wanting to create an image that was just plain naughty, the team conceived this lingerie ad, which features model Karen Elson surrounded by a cast of naked and submissive male models dolled up in diamond jewels and sporting reddened bottoms—the latter courtesy of makeup artist Pat McGrath. “Underwear in itself is so sexy,” explains Enninful. “We wanted to push the idea, to really make it shocking.” 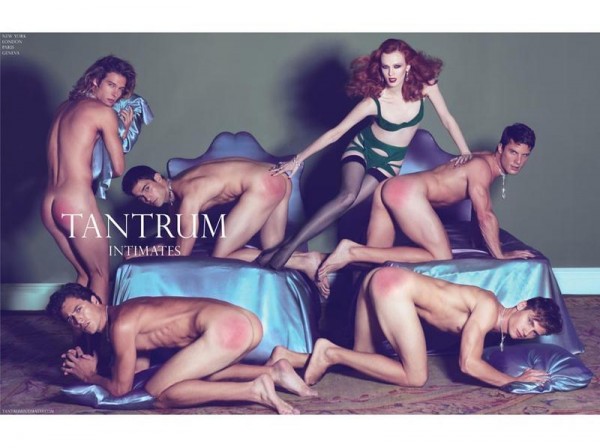